Parking:
Parking is available on-site and at the Lexington/Diffley Athletic Fields.

Event Details: Join us under the leafy canopy for Americana music, craft beer and incredible food trucks. Music+Beer is Caponi Art Park’s Americana Music and Craft Beer series presented in our Theatre in the Woods. It follows the legacy of finely crafted experiences started by our founder Anthony Caponi. Music+Beer creates the perfect Saturday evening and a special outdoor experience for everyone from families, to first dates. Grab a blanket, chairs, your friends and family and join us on these relaxing summer evenings!

The Music+Beer concert series has ended for the season.
Thank you to everyone who made it possible! Stay tuned for next summer’s schedule.
We will update this page once the performances and dates are set.

Freshwater bluegrass & Americana from the twin ports of Duluth, MN and Superior, WI. Using a bluegrass instrumentation Black River Revue has crafted their own sound made up of mostly original music which can be heard on their debut album “Garbage Pickin” (released in April of 2013). Their sophomore album “Spring Thaw” (released June 2014) added another year of songwriting and live performance experience to their sound. Five years of touring, personnel change, and personal growth has inspired a third record “Just Can’t Win” (released September 2017) Just Can’t Win has had radio play worldwide and has charted on independent and college radio states across the United States.

“Just Can’t Win” won album of the year 2017 in the Duluth Reader Weekly. 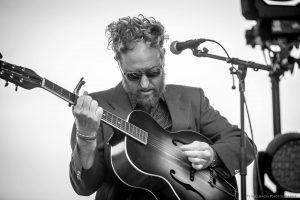 Stanton West songs are rootsy, feel-good, and groove driven. His songs are about hope, having fun, being who you are, and relishing the moment. He is an award-winning songwriter, multi-instrumentalist, and world traveling troubadour spreading a message about the importance of family, community, nature, and positivity. Solo or with his Good Timey Band, you will be reminded of the laid-back vibes of Taj Mahal, Leon Redbone, Roger Miller, and the classic hits of the early 1900’s mixed with a charming modern folk sensibility. Stanton West is frequently featured on the nationally syndicated Wisconsin Public Radio show Simply Folk. In 2015 he co-starred in a film about jug band music with Garrison Keillor from A Prairie Home Companion. 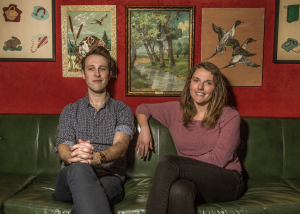 At fifteen, Dead Horses frontwoman Sarah Vos’ world turned upside down. Raised in a strict, fundamentalist home, Vos lost everything when she and her family were expelled from the rural Wisconsin church where her father had long served as pastor. What happened next is the story of Dead Horses’ stunning album, My Mother the Moon, a record full of trauma and triumph, despair and hope, pain and resilience.

Blending elements of traditional roots with contemporary indie folk, Dead Horses writes music that is both familiar and unexpected, unflinchingly honest in its portrayal of modern American life, yet optimistic in its unshakable faith in brighter days to come.

Described by NPR Music as “evocative, empathetic storytelling,” My Mother the Moon earned a spot in No Depression‘s “Best Roots Music Albums of 2018” list, and Rolling Stone Country declared the Wisconsin-based duo an “Artist You Need to Know.” 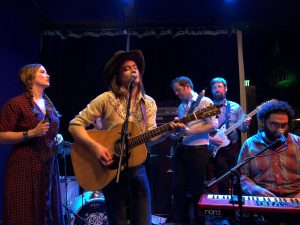 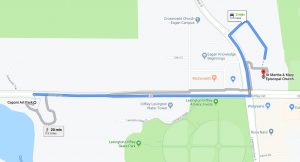 
Annie Mack  has built a reputation for writing meaningful, relate-able and inspirational songs. Live, she delivers her songs with power, soul and conviction.
A dynamic vocalist and charismatic performer, she takes the audience on a journey; from velvet lined melodic depths to exciting, gritty, full bodied church hollers. A regional Powerhouse with National Recognition, Annie has performed at many top festivals and venues, including The John Coltrane jazz Festival-High Point North Carolina, The Lancaster Roots and Blues Festival-Lancaster Pennsylvania, The Thunder-Bay Music Festival-Ontario Canada, The Minnesota State Fair, The Twin Cities Jazz Festival, The Bayfront Blues Festival(six years running)-Duluth MN, Buddy Guys-Chicago Illinois, The Blues City Deli – St. Louis, Missouri and The Arts Garage Del-Ray Beach Florida. Annie is a regular performer around Minnesota, appearing frequently at venues such as The Aster Cafe,Bunkers Bar and Grill,Vieux Carre and The Dakota Jazz Club.

​Most recently Annie Had the honor of opening up for Modern Blues Legend Robert Cray at the Historic Fitzgerald Theater in St.Paul, Minnesota.

Several Songs from Annie’s Ep Tell It Like It Is have been receiving radio airplay on MPR/NPR The Current and Radio Heartland.
Annie is proud to be a Deck Night Productions featured Artist. 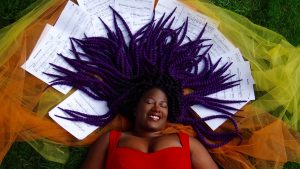 Kashimana is a singer-songwriter with a rich soulful blues voice that soars through her original pop acoustic compositions. Along with her distinctive voice, Kashimana’s stage presence pulls you in and leaves you in a warm and fuzzy thrall that’s hard to shake. Her songs are simple, catchy, and paint compelling stories of her experiences in Africa, Europe and America. Kashimana’s rich soulful voice is like the mellow voice of Sade mixed with the raw attitude of Tina Turner and her songs show you where her heart beats.

At this event Caponi Art Park will be hosting a collection site for The Open Door; a hunger relief organization dedicated to ending local hunger through access to healthy food. Hunger is often considered an “inner city” issue, but the reality is that it affects your neighbors in the suburbs as well. The Open Door serves nearly 6,000 Dakota County residents each month and distributes over 1 million pounds of food annually.

We ask that you consider bringing one of their most needed items with you as you enjoy a night of music, food and beer with your family and friends. Caponi Art Park strives to make art accessible to all by keeping ticket prices low or free. So you when you visit the park you may never know if the person you greet on one of our trails is struggling to make ends meet.

When you bring an item you are supporting the park and your neighbors in need. For more information about The Open Door and ways you can help visit their website.

“The Open Door is honored to be included in this women-led evening to celebrate art in Eagan. For ten years, we’ve served women in Dakota County with the things they need most like fresh and healthy food as well as toiletries, feminine hygiene products and diapers for those with children. We aim to raise awareness of the unmet need in our community and encourage attendees to bring a donation to help our diverse female neighbors.” — Jen Joly, The Open Door’s incoming Board President